Dear Government — YOU HAVE NO RIGHTS! 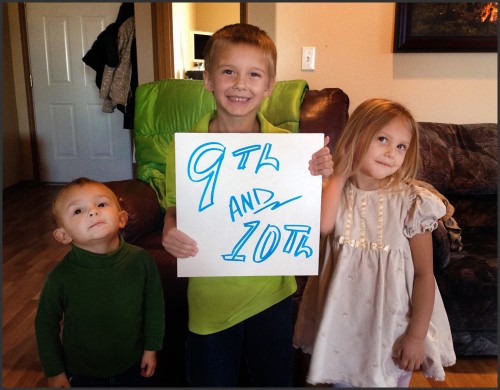 We own  them! That’s right, every one. Government’s only authority is not of right, but of grant from the people. That’s the law. —  Today we’ll take a look at how that law works.

The Constitution does NOT give us rights:

Rights cannot be granted because we already own them. The Constitution proclaims our rights as supreme law on on ALL branches of government. It eliminates any inherent right government might think it has over the people and is an ALARM when the wall of liberty is been breached. — We are a self governing Republic America.

It’s a common idea in America that our Constitution grants us rights. That if it goes away we long longer have those rights, that things not listed within it’s texts are not rights, that those rights only apply to Americans, or that courts define rights. This common understanding is 100% wrong. The founding nature of law is to protect life, liberty and property. Any legislation or edict, from any body of government that operates outside those boundaries, is in fact not law at all, it is criminal.

There was actually an argument led by Alexander Hamilton when the Bill of Rights was being crafted. They feared that by naming our rights, the government would assume that those were the only rights they were required to respect.

To combat this concern, the framers addressed the issue within the Bill of Rights itself. It’s only because of our own negligence and refusal to uphold law that we have allowed government to trample peoples rights in the name of security and safety. In the beginning our government was EXTREMELY limited and was intended to remain so.

So the framers penned amendment #9. It reads – “The enumeration in the Constitution, of certain rights, shall not be construed to deny or disparage others retained by the people”

Translation: That the absence of a right or detail about a right within the bill of rights, in no way grants government the right to control it. The Constitution itself declares what government is allowed to administer.

The framers then took it further in amendment #10 – “The powers not delegated to the United States by the Constitution, nor prohibited by it to the States, are reserved to the States respectively, or to the people”

Translation: That in truth the Constitution is not only a dictate on what Federal government CANNOT do. It is a charge of what they are ALLOWED to do. Meaning anything not granted to them on the text is not within their authority at all. Think about all the agencies, laws and regulations made by the the government that are not within the power we granted them.

States, through delegated authority of the people, have certain authority to legislate things the Federal government cannot. By keeping it local we increase accountability. However the State cannot make law the restricts rights, or conflicts with the Constitution. The State also has no rights, the people have all of them. The State for example has no right whatsoever to legalize abortion. No more than they have a right to force euthanasia of those over 60. Our God given rights override such lawless authority 100% because everyone has a right to life and due process.

The same goes for gun restrictions. The State has zero authority to restrict guns in any fashion. Just like the federal government. The Constitution affirms or rights and the State is bound by those as well. SHALL NOT is not a request, it’s a command. More about gun rights and their history in this article.

We see that the Government’s only legal task is to protect life liberty and property. Not to define or restrict it at the whims of legislators or misinformed people.

So the people have the authority. Can they vote to take away peoples rights within their State? No at all! The Constitution affirms our natural and God given rights. The collective has no authority to take those away. Only to defend their own rights by giving due process and punishment to criminals who violate them. What this means is that no law can be passed to take away a mans rights that would in any sense be real law. It would in fact be lawless. This happens all the time however because people do not stand up for their rights.

If we think about what this means it’s rather astonishing. This came up at a wonderful lecture I attended by Constitutional attorney, KrissAnne Hall and I realized how often we forget that we do not serve government, they serve us.  Government is like a fry cook – They exist simply to administer the tasks that WE granted them in our Federal and or State Constitutions. But when your fry cook continually burns the fries and starts fires in the kitchen, you fire them and give the task to someone competent.

If you hire a fry cook and you give him the job of cooking the fries. The fact that you did not expressly forbid them from emptying the cash register, does not mean it is also his right to empty the cash register! – They are the employe. Our lack of command in an area does not constitute permission. – Rather the lack of permission constitutes command.

The problem is us. It’s not Congress, it’s not the court. It’s our total failure to stand up and defend justice.

The law on government exists. Both naturally and affirmed in our written law. But what happens to law that is not enforced? It gets ignored. That’s what’s happening today. We are the law enforcement for liberty, it’s sententials. If we elect constitutional sheriffs, representatives and officials we can delegate some of that enforcement. But if we get lazy like we have in America, those servants start robbing the cash register of liberty, they start raping and pillaging our liberty.

It’s time to sow again the seeds of independence in a nation that is become sick with the rot of dependence. It’s time to return to principle, start standing up and take back out liberty.