Lawless Legislation is NOT LAW & Should NOT be Obeyed 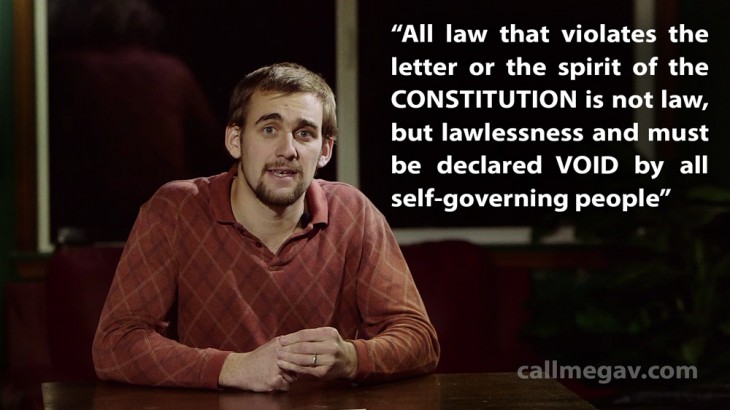 Lawless Legislation is NOT LAW & Should NOT be Obeyed – In fact, we should not even call it law.

It’s imperative that as a self-governing Republic we understand the difference between law and legislation. They are quite different. A great example of this is the gun laws popping up in places like New York and California — These are not LAW in our society – They are LAWLESSNESS. Why? Because our law, the 2nd amendment, says they are illegal. Corrupt officials have violated those laws that they swore to follow. But as Hamilton notes in the federalist papers, the Constitution is always the law and always trumps every law, every legislator and every judge.

We need to be careful not to regard such legislation as real law and thus give them reason to believe we accept their word as law. Don’t even call it law. Lawless law is VOID the moment it is made. We the people must remember that and reject such laws. We must police the police. Remember Colorado, where two senators were recently recalled by the people and kicked out because they violated our law? That’s self-governance. It should have never come to this, but since it has, we the people must echo a resolute NO to such lawless legislation.

In congress my first filter will be that of the Constitution. Any representative that does not use this standard is not qualified to lead a free people.