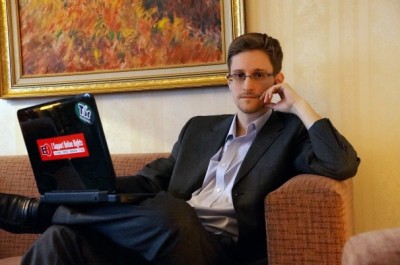 In this recent article on the Post I was reminded that Snowden did more to defend liberty, the Constitution and his oath than it seems our Congress has done in my lifetime. Perhaps that will change after his stand.

When you take that oath, it’s not private interests, the NSA, the DHS, the police or even the military that you serve. It’s the people and their law of liberty. You are pledging allegiance to what our banner means. To the freedom and justice it was made to represent.

Consider this man who laid his life, his liberty and his honor on the line to expose TRAITORS and uphold his oath to defend the Constitution. Those traitors still walk free while he hides. But the conversation has been started. Will WE demand justice.

I don’t know all the good and bad of this man. We are all human. But from what I can see, his actions exemplify a patriot who stands for liberty. Liberty that is more important than your job, your big TV or your football.

“Truth is treason in am empire of lies” – But a traitor to that tyranny is a friend to people of liberty. Our Congress should be standing up for this man. How much their silence says. My prayers go up for him. Thank you Edward Snowden for your service.

One cancels the other. It’s good that we know what we (some of us anyway) thought was going on really is. The treasonous acts occurred when he gave US security secrets to the Chinese and Russians when he sought asylum in both countries. Neither country is a friend of ours. Putin is trying to push Russia back to the dark days of the U.S.S.R. The Chinese are constantly hacking and digging into our security systems, never mind the amount of our debt that they hold. Now Snowden wants to go to Brazil. What is he going to tell them? He is closer to traitor than patriot.

I usually agree with you politically speaking. Not on this point. His actions were treasonous and that overshadows any seemingly patriotic act that may or may not have been perpetrated.

Having taken an oath myself I am worried about what the breakdown in what that means. Especially when lives are on the line. I agree am glad the information is out and the discussion can begin, and I am thankful for Mr. Snowden for that. This is a very complex case, because in my opinion our rights were being violated and there is lots of potential for abuse. But I need to know more to make a conclusive decision about whether I think snowden should be celebrated. I do blame the fear of 911 that allowed many in the government to let this go unchecked in many departments and political affiliations.