Why You Can’t Support Liberty AND Abortion! 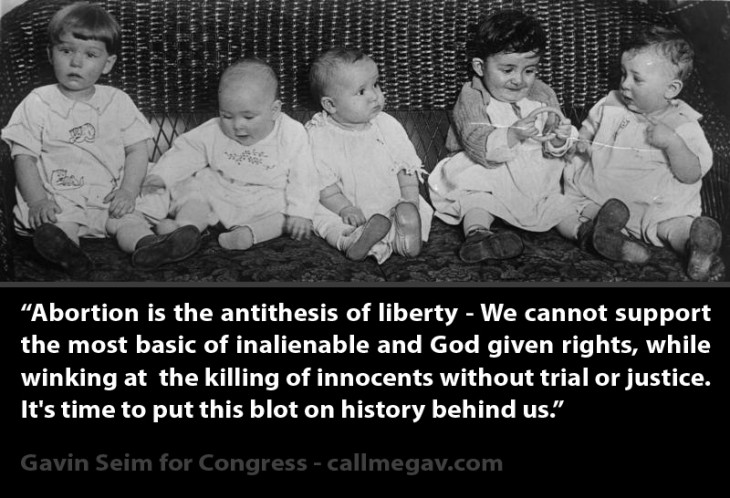 I went to ask the dead child how she felt about the liberty of a woman to kill her. But she had no voice.

We live in a dark age of tyranny and abuse.

The honest truth is this. If you support abortion you OPPOSE LIBERTY. A mothers liberty does not extend to killing her children, any more than a mans liberty extends to committing rape. Both are lawless. — Liberty  is equal and affords to ALL life, due process and justice. Some are truly confused about where the line is drawn because we have tolerated lies for so long. So today we’re going to dig into the facts of law and liberty.

The nature of law is simply this. To protect life, liberty and property. Equally and for all. If I am silent in defending innocents with no voice, that silence is consent. Lies must never deter us from speaking truth.

Abortion is a heartbreaking blot on our history we will forever regret. Right to life rests on the foundation of liberty itself and every supporter of liberty is duty bound to stand up for the rights of the born and the unborn. Let’s consider why.

“We hold these truths to be self-evident, that all men are created equal, that they are endowed by their Creator with certain unalienable Rights, that among these are Life, Liberty and the pursuit of Happiness”

We start with the declaration. Governments were created by us, a self-governing people to “secure our rights”. What binds the government to our will and affirms (not grants) our rights? The Constitution. But the right to life goes far beyond that. It’s a natural law of thou shalt not murder.

First we have liberty. Liberty is not defined as freedom to do whatever you like. It’s freedom plus morality. We don’t have to get into a debate on all kinds of morality to affirm this. Liberty brings the right to be safe in your person, your property and life. Since everyone has that right, no one has the right to take it from another without just cause (as in self defense). Your liberty ends where anther’s begins. It’s really that simple.

A human in the womb cannot be denied rights either. To do so would represent an act of violence against an innocent. This fundamental right to life and due process is fully upheld by the 5th, 6th and 14th amendments if we want to talk about America law. It’s absolute. You don’t cease to be a human being because someone else is carrying you anymore than you cease to be human if you are on a breathing machine.  Abortion is a killing without any crime or due process on the part of the victim. By definition it is murder.

No, there is no exception for rape. NONE! There’s been so many lies handed down about abortion that many have come to believe them as true. If an injustice is laid on you, that never gives you the right to serve an injustice on another. There’s a great quote from Rebecca Kiessling, a liberty speaker conceived in rape that sums it up very well.

Rape then is not the pivot here. So back to the relevant question… Is that baby human? YES or NO are the ONLY answers! If you say NO, consider that the burden of proof is on you, not the child. The accused does not have to prove his innocence. You have to prove his guilt of not being human. You must either prove that the baby is definitively not human, or deny their rights. Let’s come back to that.

If viability is cause to kill someone, we must also accept legal euthanasia for anyone who cannot survive on their own. This would include the sick, the elderly and yes, children. As supporters of liberty we should uphold the rights of all humans, not draw arbitrary lines to decide who is human and who is not.

What about the life of the mother!

That’s not the issue either. Let’s say the life of the mother is at risk. To save the mother, the child has to be delivered early. perhaps naturally or by surgery. In the process we do all we can to save the child, but it passes away. Whether you technically label this abortion or miscarriage, it has nothing to do with what our society means by the term “abortion”. Trying to save both a mother and child is not immoral. It’s in God’s hands. Butchering a child is murder. The murder occurs when a child is intentionally killed by any party.

I don’t support abortion, but government should stay out of it! 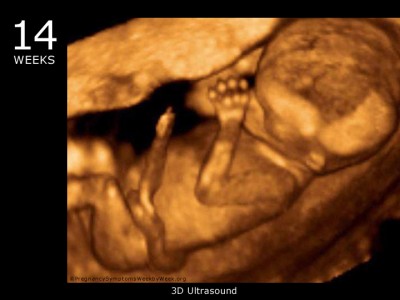 What you think or what you define justice is not relevant. Liberty is already defined. Due process, justice, right to life. All natural laws. You either support them or you oppose liberty!

When I stand up for life people start making making crazy accusations like. You don’t support liberty because I have the right to kill my baby. The complete denial of reality by these people is astounding.

Supporter of abortion are the blind leading the blind.

Few arguments are more shallow than someone claiming they support liberty but ALSO support abortion. But since the mother has the liberty to kill her child and since we’re drawing ambiguous lines, maybe we should extend it. Perhaps the first year of a child’s life should be like a trial period. A mother can decide at any time during that first year and have it killed! I mean it’s only a diffidence of a few months. Who are you to say a toddler is human yet? — I’m being facetious of course to illustrate how ridiculous this is. EVERY SINGLE ARGUMENT for abortion is.

This is less a debate and more a matter a matter of basic rights. There is no debate that defends liberty while also defending abortion. None at all. None of the excuses hold water if you understand even at a basic level the nature of law, liberty and justice. To those that truly want to understand better I suggest you read John Lock’s Second Treatise of Government. Until you do I don’t want to hear any excuses about abortion should be tolerated.

We will never be a nation blessed by God or thriving in liberty while the evil of abortion still blots our land. We have to get back principle. Life is winning this conversation because as we restore liberty, we are beginning to end abortion – The two go side by side, like light with sunrise.

There was a neat article by Andrew Klavan, a pro abortion libertarian who recently realized that abortion does not justify itself with liberty. No matter how you size it, you’re taking innocent life. The ugly truth is that we’re not talking about pro-life and pro choice. We’re talking about pro life and pro death.

“I changed my mind about abortion, however, because after debating the issue with pro-lifers over many years, I found I consistently lost the argument” –  Andrew Klavan

YES, it is a human. YES, a human life is being terminated (an act of violence). YES fundamental to our liberty is the right to life and due process. NO child could be fairly convicted since they have committed no crime, and to execute that innocent child is the highest violation of liberty.

Legally, let’s also consider what Hamilton said in Federalist #78 in 1788. That acts of legislation contrary to the Constitution are indeed VOID. So an act that allows someone to be killed without crime or due process is pure lawlessness.

If honest, we see this is a matter of liberty –  I don’t really think legislation is the biggest issue. We need to uphold what is already law, the Constitution. The ONLY way abortion is not already illegal is if the baby in the womb is NOT a human being – Science, facts and court rulings uphold that they are human beings. Let’s also consider the words of a respected man who worked in this field and saw for himself.

“As an O.B. Doctor of thirty years, and having delivered 4,000 babies, I can assure you life begins at conception. I am legally responsible for the unborn, no matter what I do, so there’s a legal life there. The unborn has inheritance rights, and if there’s an injury or a killing, there is a legal entity. There is no doubt about it.” – Ron Paul

Since a baby on the womb in indeed a human being. The idea that abortion is Constitutional or liberty is utterly ridiculous.

What Is the Solution? First we need to stop cowering. So called liberty organization are staying silent on this and their silence is consent. If you DO NOT OPPOSE abortion. You DO NOT SUPPORT LIBERTY! — A mothers liberty does not extend to killing her children any more than a mans liberty extends to raping a mother. Both are lawless. Liberty and our Constitution is equal and affords ALL life, due process and justice.

We need to start being honest about what we’ve done. We have killed a generation of men and women – Next we need to treat abortion as what it is, murder! The unconstitutional ruling of the Supreme Court in Roe vs Wade is irrelevant. Precedent is NOT law and the courts have zero authority to override human rights. But in the meantime States can and should nullify the ruling.

Every official from local to State to Federal must uphold our right to life, just as they should uphold our right to speech, arms, trial by jury and all the rest. It’s their job. They are legally, morally and path bound. As to the penalty for taking the life of a Child, lets let the States address that just like we do with other violent crimes.

If I am silent in defending those with no voice, that silence is consent. Be unwavering on principle. — Gav

[…] Cross posted with thanks from CallMeGav.com […]