Why Tyrants & Militarized Police are NOT the Real Problem 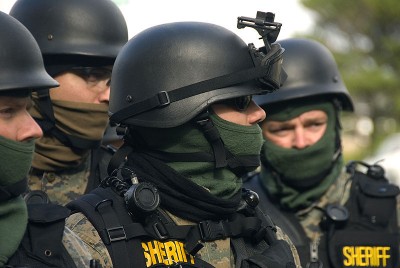 “Wait” some of you are thinking – Gavin Seim, the man who for years has denounced tyranny is now saying this. Has he sold out?

I respect honorable officers. But a corrupt person in authority is doubly reprehensible – For example the level of police abuse stories I’ve seen in recent times is astounding and heartbreaking. But here’s the thing. It’s on us. It’s our fault. The abuse will not stop until We The People, in our local communities, stop making excuses and start DEMANDING accountability for lawlessness. It’s our job to self-govern. It’s how the framers intended, it’s the whole point of our Republic. WE HAVE TO FIX IT.

How? Not by taking up arms. We still have solutions. What we need is not a lynch mob or a french revolution. It’s values and Godly justice — Lets consider an example for situations like we have all been seeing in the news lately. Sometimes in our own backyards.

The same goes for our legislators, DA’s Sheriffs, Councilmen and every other office. WE HOLD THE POWER. We do not have to remain silent. We are a self governing Republic and it’s time get off the couch and start governing. Until we start requiring accountability, it WILL get worse. We have seen the result of just getting angry. It does not fix the problem because anger in itself does not self-govern or teach others in our community to do the same.

Remember Colorado this summer? They passed guns laws that violated the Constitution. These are not law, they are lawless. What did the citizens do. They recalled and ousted two state senators who kicked and screamed all the way to door. That was self-governance.

Is there corruption in your community?  Then start the process to change it. Gather a group of concerned citizens. Not simply  to protest, but to govern. WE HOLD THE POWER to take moral action. Anyone can start a recall. Anyone can stand against lawlessness. This means you. Will you tolerate wickedness? Will you stand silent? We’re not talking about grabbing torches and pitchforks here.  We still live in a society where we can can govern. We just have to step up. For me this meant the life changing decision to run for Congress. For you it my mean starting a recall, or running for city council.

So yes, tyrants in authority, bullies with badges, representatives who are for sale – These are reprehensible. They are a real problem today. But the burden is on us. We voted for them, or at least their bosses. We are the lawmakers. We have to stand up for what is moral and we have to change it. That’s self-governance.

If a crime has been commited by your public officials and nothing is being done, who’s fault is that?

The problem is us!

The time to stand for liberty is not coming in the future – It is already here.