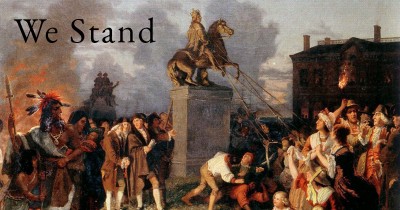 Things like this don’t happen in most folks lifetime. So being excited is normal and being afraid is not cowardice. Cowardice is to know what is right and stay silent anyways. You must choose. This is the real thing. We’re done waiting for politicians or the next election. America is falling and we all know this to be true. We have a duty to stand and uphold the law. Now!

This is beyond Washington or gun restrictions or my blog posts. It’s not a letter to the editor, or a complaint to government. The people are signing this into LAW and backing it with everything with our very blood. It’s something every patriot should be cheering from sea to shining sea.

We’ve all wondered if that change will happen in our lifetime. If people would stand. The problem is we kept waiting for someone else to stand. We can’t do that anymore. Let me express how proud to have be a part of this effort along with other patriots from across America. Consider that you get to stand with this patriots as we all sign this. Thousands of us. If that does not get your heart thumping, I don’t know what will.

We will seek no fight. But it’s time is come for patriots to declare to the world that we will no longer abide the rising lawlessness. If you assault us, we will respond. You have stolen our liberty and we will take it back. We make an appeal to heaven. We rally to oppose tyrants and sign this Declaration to reaffirm our absolute rights, setting a mark upon history from which we cannot turn away.

On Dec 13th at the I Will Not Comply Rally, the final script will be signed by all present who wish to make this stand. We gather in unity, despite our differences and submit a declaration forged in liberty by patriots from around America. Make no mistake. The sunshine patriots are going to make excuses and call us names. They did it to the framers as well. They are going to say it’s not time, that thing are not bad enough. — It will never be time for those people. The time to stop cowering is today. Yes it’s huge, yes it’s scary and yes it’s beautiful.

We stand for peace. But we will tear down this tyranny and if I must die for liberty, I will do it with principle and pride, counting myself among the lucky few who were there to see liberty finally stand. 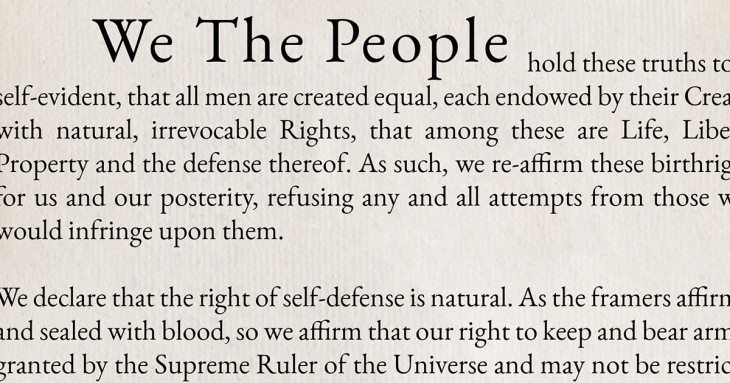