The Day America Voted to Kill the Police!

Independence day is not about what American politicians want you to think. At the beginning of America we were all British. The redcoats were not an invading army, they were our people, or officers and our solders. But instead of blindly praising them as heroes or of saying they just doing their job and it was not their fault, out founding fathers killed them for their crimes against human rights.

Look at both sides.

We’re all human beings and we’re looking down the barrel of angry revolution. We have loyalists, rebels and lots of people who just want it to go away. The argument for enforcement is always safety. This is something we can agree on and it was no doubt the argument in 1770. But is the blue line saftey? — “What do you suggest beside law enforcement” people ask me. — My answer is that I want real law enforcement instead of the Sheriff of Nottingham doing as he pleases. — “Who will stop the rapists” they say. — My honest answer is that often the officers are the rapists and the judge will be the one protecting the from justice.

Not one sheriff in America will honor their oath. Not one will stop the prosecutors or judges, or the illegal federal arrests of their people, or the denials of due process. Not one of the blue line will defend the law or our rights and most will actually take part in violating them. Just as the Redcoats, there are some better and some worse. They are still human. Still, cowardly and violent law keepers are not law and order. Do we crave a tyrant simply because we are afraid we cannot find a honorable officer. I say we stop the tyrant first and from that courage good officers will arise. 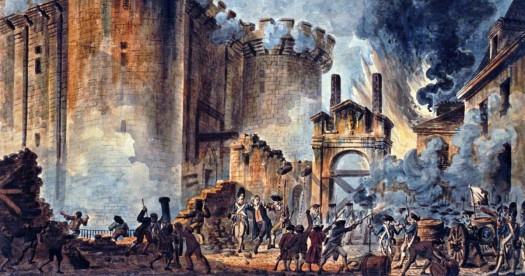 What of the Revolution?

These acts did not happen overnight. Our founding fathers started slow. They shouted, they disobeyed, they threw rocks and destroyed goverment property, blocked roads and threw tea. When all else failed they exercised their right to self defense en-masse.

Our blue line and the government they serve is worse than the redcoats. Our bluecoats summarily kills more Americans in a year that the redcoats did in a decade. Our founders would have acted long ago to stop the terror and violence of Americas enforcers; this should be a sobering reminder for those who dawn the uniform. No matter how much people like myself plead for peace, people will eventually stop tolerating your actions.

Do we seek violence? We seek to avoid it! We are in a different time and peoples independence and honor is less. We have sold people tyranny as freedom and taught them to be dependent on goverment. Tyranny has rooted so much deeper than in did in the years leading up to the American revolution, but the people are more unstable than ever. Bloodshed is the natural eventuality of abuse and if our goverment continues, violence will come. But as it stands it will not be that  principled seeking liberty that we read about in history books. If we have war now it will be an ugly French Revolution, multiplied with the weight of powerful weapons and angry hungry mobs.

Find every reason NOT TO KILL!

We need a change of our hearts. Peace starts no more by sending letters begging for justice than it does by rushing to war. Start with powerful words and disobedience to tyrants. Build a forest of peaceful resistance to clog up the gears of tyranny. Kill the idea of corrupt police as lawful authority we must obey. Our rights are the law and we establish those by exercising them as we shame their abuses.

We want the foot solder of tyranny to stop showing up for work because it’s not worth it. Tyranny evaporates without it’s collectors and enforcers. Let the treasonous goverment and it’s officers be warned. You are not the heroes and despite my calls for peace you will be judged and your abuse in the name of saftey will eventually cost you everything. If not before an angry army, then before God.

Defense is our right; but only the foolish cheer violence rather than resist for peace. This is seen every coward who refuses to stand now, but speaks with eagerness of the war that is coming, as if then they will be brave on that day, as if they are waiting for war because the rest is now worth their time. Hearts like these will no more save freedom than the blue line.

The hardest revolution to win in the one in our hearts and minds. If we win that, blood can be spared. Freedom starts in with us, in shaming evil, in preventing our children from being taught lies and in teaching a generation how to to be brave and how to love their neighbor as themselves.

Let us be peacemakers and indulge with great restraint the idea that violence will set us free. — Gav

you are a fabulous American/citizen

How then still some people fill their mouths and their stupid arrogance saying. We are a land of laws and order?? Welcome the land of the free and their sheeple!!! I just can say that I profoundly admire your posting. Ufffff. It’s incredible and tight to the point. We need thousands of more people like you to unmask a filthy, obsolete, shameless, money hungry, Innocent lives destroyer not Judicial, but Killicial System, where God protect you to be a victim and poor because, you will. Be consumed by a super filthy, criminal, and shameless judicial system.

Gavin is a true American…

Being an American is not about worshiping a plastic flag made in China.

It’s about standing for your rights and freedoms. Freedoms hard won by your for-fathers.

Too many so called Americans are a disgrace to their for-fathers legacy, They just lie down and kiss the boots that march all over them and the true meaning of what the flag represents.

(That out the way, Gav, please have a check of your spelling and grammar, from where I am reading it there are hundreds of errors. Maybe just some interference on the telephone line causing it? )

Beautiful explanation sir I admire your speeches and videos very much along with that, It will be better with more and more people stepping in to stop those corrupt cops and judges from violating the constitution we have here today.